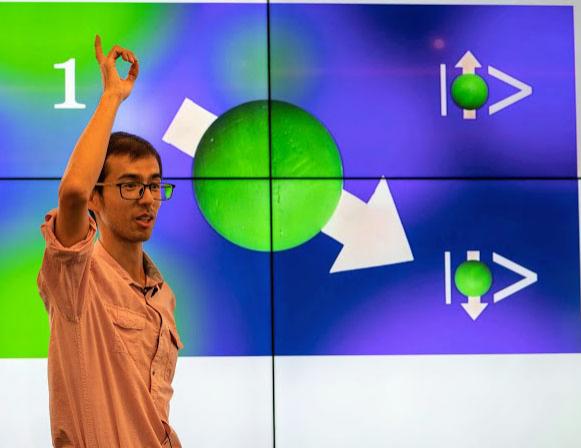 Dr Sheng Ran, a postdoctoral fellow working at QMC and the NIST Center for Neutron Research, has been selected as the winner of the 2020 Lee Osheroff Richardson (LOR) Science Prize.  Sheng, who has led research involving the discovery and investigation of the new topological superconductor uranium telluride at QMC, is recognised for "his research on unconventional superconductivity and electronic phases, particularly his seminal contributions to the discovery of exotic and extremely high-field re-entrant superconductivity in uranium ditelluride." The LOR Science Prize for North and South America is named after David M. Lee, Douglas D. Osheroff and Robert C. Richardson who were joint winners of the Nobel Prize in Physics in 1996, for their discovery of superfluidity in 3He, and is awarded annually to recognise the novel work of young scientists working in the fields of low temperatures, high magnetic fields or surface science in North and South America. More information is found at the Oxford LOR site.